Seaweed Inspired from the Wild Atlantic

A chat with Jennifer O’Brien, Founder and CEO of Plantruption

“Given concerns about the environmental impact of eating meat, seaweed itself is a source of protein and could be an eco-friendly and nutrient packed food source.”

Vincent: Can you give readers a snapshot of your business and the sustainability challenge you are addressing?

Jennifer: Our mission is to disrupt how food is produced to benefit oceans, ecosystems, and future generations by creating plant-based seafood with taste and texture close to the real deal fish using seaweed & micro algae. Our aim is to brand sustainability with innovation by cutting out the middleman – the fish – while creating an awesome seafood experience. Depletion of global fish stocks has not been attributed to fishing alone. Habitat destruction, pollution, climate change and invasive species also have an impact upon fish populations. Alternative seafood doesn’t rely on wild population productivity or geographical considerations. Supply chains and raw materials for alternative proteins are significantly less constrained than conventional seafood supply chains.

Jennifer: Plantruption is committed to operating in a way that not only protects the planet but promotes biodiversity and ethical standards. We source our ingredients, choose our packaging, and innovate new products all with the planet’s wellbeing at the forefront of our mind. The word sustainability can refer to a number of things, such as using recyclable/compostable materials, minimising greenhouse gas emissions, partnering with community greening supply chain groups and NGOs, transparency, protecting farmers and farmland, water conservation, reducing emissions, increasing energy efficiencies and more. Plantruption is working on a “scorecard” to minimise climate change utilising all of the above with our main focus on empowering and educating employees, so that the organisational culture can become one where sustainability is truly lived and not just spoken of.

Vincent: The environmental benefit comes from offering an alternative to meat and seafood, reducing the impact that comes with these industries? Are there other benefits that seaweed can provide in the fight against climate change?

Jennifer: While forests have long been considered the best natural defense in the battle against climate change, researchers have found that seaweed is in fact the most effective natural way of absorbing carbon emissions from the atmosphere. Unlike tree planting, seaweed does not require fresh water or fertilizers and grows at a much faster rate than trees, expanding by up to two feet a day.

Seaweed’s biggest comparative advantage is that it does not compete for demands on land. When we’re planting trees, we need to make sure does not take away that land from food production. Seaweed can also help reduce greenhouse gas emissions in other ways: adding a small amount of red algal species to cattle feed has the potential to reduce methane production from beef cattle by up to 99%.

Given concerns about the environmental impact of eating meat, seaweed itself is a source of protein and could be an eco-friendly and nutrient packed food source. Some research found that growing sea-vegetable farms totaling 180,000 square kilometres could provide enough protein for the entire world. Seaweed farming has positive effects on many ecosystem services and when you look at how we are going to feed the world population by 2050 in a way that doesn’t harm the environment, there is only one pathway.

Vincent: Seaweed has plenty of nutritional benefits and is a source of protein? Is there an awareness in society of this fact or is part of the challenge making people aware of it?

Jennifer: Seaweed is now becoming a trendy, superfood status and has been used for thousands of years, most notably in Asian cuisine, particularly in Japan, Korea, and China.

There are over 10,000 species of seaweed, reflecting its immense diversity, both in flavour and nutritional value. Ireland has at least a 900-year-old tradition of eating seaweed! There is clearly a future for Irish seaweed, and it will be exciting to see if Ireland becomes as well known for its quality seaweed products as Japan.

Two years ago when we started there was some resistance to trying seaweed, however people are becoming more aware of the nutritional value and willing to try our products and it makes it easier when incorporating seaweed into delicious plant-based seafood. 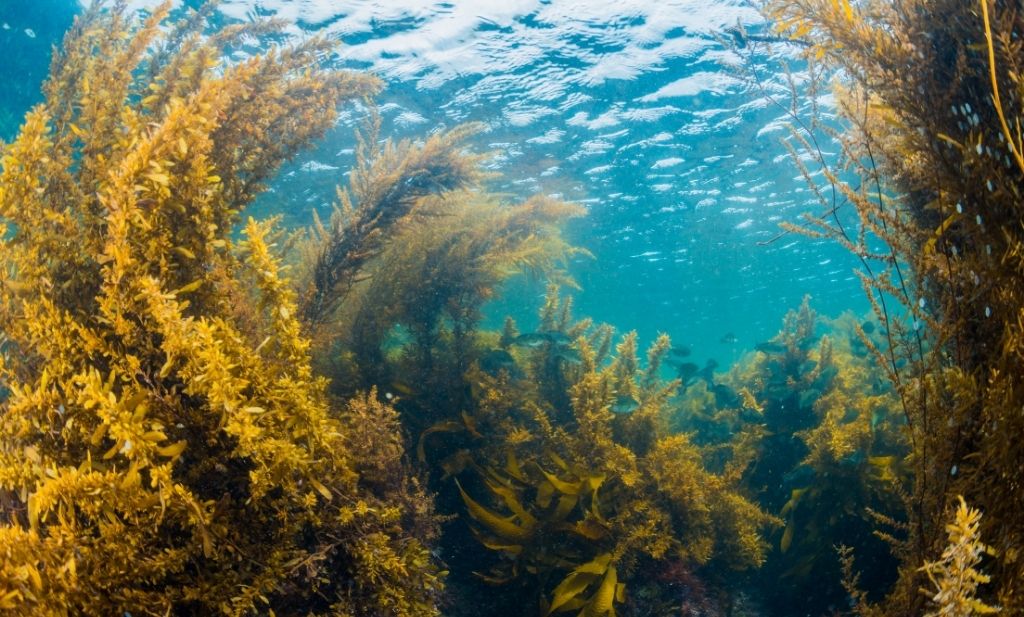 Vincent: What has the reaction been to the burgers taste wise and has it translated into sales? Are you seeing more demand from restaurants or individuals at available stores?

Jennifer: Initially we tested our product at market stalls which gave us the confidence to launch to retail and we haven’t looked back since. The demand for our products is increasing every day and our aim is to reach 100 stores by the end of the year.

Vincent: The seaweed is hand harvested from the West Coast of Ireland. Is that a difficult process and how quickly does the seaweed grow back? Does the availability of seaweed limit your growth?

Jennifer: Harvesters use a combination of traditional hand harvesting methods using knives and sickles and, in recent years, using small boats and specially designed rakes. Using both methods, Irish seaweed remains a sustainable resource along the West Coast of Ireland. Only a few species are exploited commercially in Ireland.

Ireland may be famous for its green grass, but scientists have discovered a night-growing Irish seaweed could be just as bountiful. It has been a staple of the Japanese diet for centuries, but researchers have discovered that native seaweed is suitably fast-growing to be farmed to be fed to humans and animals like cows. Irish researchers have found sea lettuce, a fast-growing seaweed with excellent nutritional value for animal feed and industrial uses, which could return higher yields when the right strains are used. They also found that sea lettuce strains possess a unique 24-hour growth pattern with higher growth rates during the night than during the light period.

Vincent: How long will it be before we have a plant-based substitute that is a good replication of something like salmon?

Jennifer: We are very excited to launch a seaweed fish type goujon which can be a substitute for fish goujons in the coming weeks to local Supervalu stores. Our plant-based fish fillet requires significantly more R&D and will take approximately 1 year to develop and over the longer term we will develop a full range.

Vincent: Plantruption has participated in a number of start-up programs, and you recently received €500K funding as part of the IndieBio accelerator in the US. Aside from the funding, what will participation in the accelerator mean for Plantruption?

Jennifer: IndieBio, one of the world’s best-known biotech accelerators, was set up to support these planet-changing ideas. SOSV had more than 1,000 portfolio companies and $855 million in assets under management. The IndieBio network of hundreds of world class mentors across industry, research, design, venture capital, and entrepreneurship will support us to achieve our goals.

Vincent: What are the main business objectives over the next 12-18 months and if you had one wish, something that could help bring your company to the next level, what would that be?

Jennifer: Our main goal for the next 12-18 months is to build a truly effective and passionate team that is united with the same vision to develop incredible products and achieve sustainability goals. We are always looking for motivated people to bring our vision to life.

E-mail Insights@ESG.ie to subscribe to The ESG Factor Magazine.